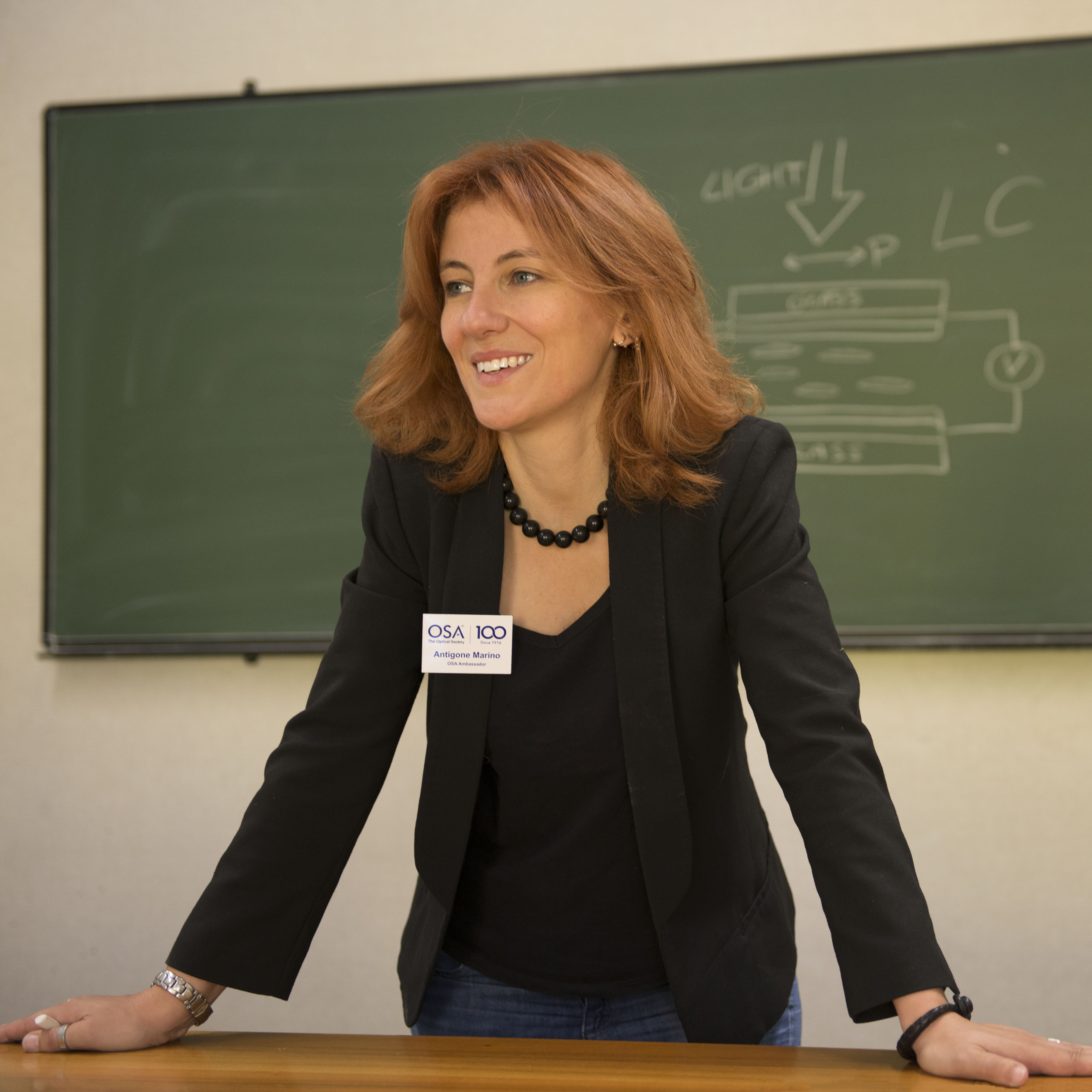 Dr. Antigone Marino is researcher at the ISASI Institute. She received her master in Physics in 2000, and the research doctorate in New Technologies in 2004, both at the Physical Science Department of Federico II University of Naples, in Italy. Her research activities have been concentrated on the study of soft matter optics applied to telecommunication, with a special interest in liquid crystals technologies. Nowadays she is member of the Board of Directors of the Italian Physical Society, member of the Board of Directors of the OSA Foundation, vice President of the IIEEE Photonics Society Italy Chapter. She is member of the editorial advisory board of the Journal of the Optical Society of America A, Euro Physics News, Giornale di Fisica, SIF Prima Pagina and Il Nuovo Cimento. She regularly participates to Futuro Remoto, International Day of Light, European Researchers Night, CineScienza and Premio Asimov. Among the most popular dissemination activities are seminars on light, its nature, its technologies, the human eye and photography. Over the years, these seminars have attracted the attention of Città della Scienza, the Capodimonte Astronomical Observatory of the Zanichelli Publishing Company, entities with which she collaborates. All these activities, together with those of research, have earned her various prizes and awards. In 2015 she won the OSA 2015 Outstanding Young Professionals Award of the Optical Society. In 2016 she has been awarded OSA Ambassador. In 2017 she won the European Physical Society “Achievement Award”. Antigone has always worked in a team, recognizing and enhancing the beauty of teamwork, also recognized by several awards. In 2018, the IEEE Photonics Society Italy Chapter won the prize for best "Chapter of the Year", and also the prize for the best "Senior Member Initiative". In 2017 the PONYS, which she coordinates as mentor, receive the Scientific Communication Award of the Italian Physical Society. The same association in 2016 received the award for best Young Minds section of the European Physical Society. Thanks to her experience in science, she has set up a course for PhD students on professional development, ranging from the topics of soft skills to scientific communication, passing through social media, outreach and all the non-technical aspects necessary in scientific professions.