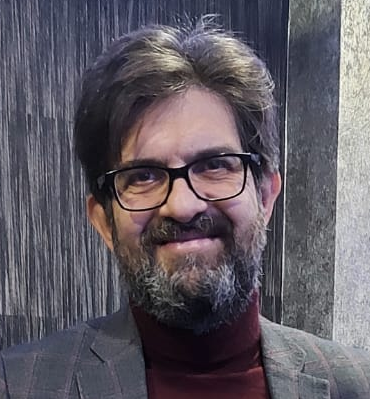 Domenico Paparo is a permanent researcher of CNR since 2005. Presently he leads the group of ‘Nonlinear Optical Spectroscopy’ located at the Department of Physics ‘E. Pancini’ (DP) of the University of Naples 'Federico II', where he conducts the major part of his research. He is also the responsible of the CNR Research Unit at DP. He graduated in Physics on 1996 at the University of Naples 'Federico II' and the following year he was appointed as a post-doc fellow at the University of Technology in Darmstadt (Germany) where he spent one year. On 2006 he has been awarded a Marie Curie fellowship to be trained on Time-Domain THz Spectroscopy at the FOM-Amolf Institute in Amsterdam, where he spent fifteen months. On 2018 he has got the Italian Scientific Habilitation as Full Professor in Experimental Condensed Matter Physics. He has 29 years of experience in nonlinear optics, laser physics, and classical optics, with applications to soft condensed matter, liquids, solid state, surface and interface, biological materials. He is coauthor of >80 publications on international scientific journals (including 1 Science Advances, 1 Advanced Optical Materials, 1 Carbon, 1 NPJ Quantum Materials, 1 ACS Photonics, 3 Phys. Rev. Lett., 3 Applied Surface Science), 3 invited reviews, 4 book-chapters and with >4300 citations (about 400 Citations in 2021). The current Hirsch index of 26 on Elsevier-Scopus (27 on Google Scholar). He has been the principal investigator of various projects. Two of these have been financed by INFM, an international one by the Ministry for Foreign Affairs (India-Italy exchange protocol) He has been the principal investigator of the CNR unit in the PRIN 2008 ‘Two dimensional electron gases at functional oxide interfaces - 2DEG FOXI’. Recently, a HORIZON-EIC-2021-PATHFINDER OPEN Project, ‘4D Microscopy of biological materials by short pulse terahertz sources (MIMOSA)’ (about 3 MEuro), has been awarded, where he is the CNR coordinator. From 2010 to 2018 he has held the role of Expert for the European Research Agency for the evaluation of the Marie Curie Individual fellowships proposals submitted under the 7th Work Program People and the Horizon 2020 program. Since 2018 he holds the same role for the evaluation of the International Training Network projects.