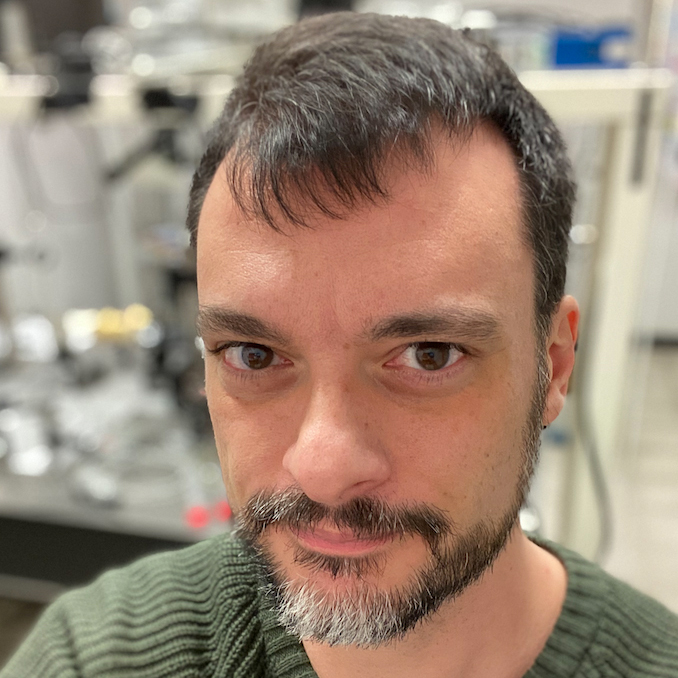 Edoardo De Tommasi was born in Ambilly, France, in 1978. He received the Laurea degree (summa cum laude) in Physics from the University of Naples Federico II, Napoli, Italy, in 2002. In 2003, he worked at the Department of Experimental Medicine of the Second University of Naples, developing glucose optical biosensors based on the fluorescence properties of the enzyme glucose-oxidase. From November 2003 until November 2006 he worked at the Environmental Science Department of the Second University of Naples, Caserta, Italy, where he received the PhD degree in “Novel Physical Methodologies for Ecological Research”. His activities were focused on the development of a portable ammonia analyzer based on diode-laser absorption spectroscopy and on the elaboration of numerical models for signal analysis in wavelength-modulation spectroscopy. From December 2006 until December 2009 he has been employed at Institute of Microelectronics and Microsystems (IMM) of the National Research Council (CNR), Unit of Naples, as post-doc fellow. His activities comprised the development and characterization of optical biosensors based on porous silicon technology and the ellipsometric and optical characterization of bio/non-bio interfaces. In 2010 he worked as post-doc fellow at the National Institute for Optics, CNR, Unit of Naples, in the field of non-linear optics applied to high-resolution laser spectroscopy. In February 2011 Edoardo De Tommasi has been appointed Scientific Head of the CNR-IMM Unit of the FIRB Project “Future in Research” for young researchers, aimed at the study of photonic properties of marine diatoms, and in March 2013 he has been appointed Scientific Head of a further FIRB Project, aimed at the realization of a device, based on photonic crystal technology, for manipulation, trapping and spectroscopic interrogation of single molecules of biomedical interest. Currently he is employed as permanent staff researcher at the Institute of Applied Sciences and Intelligent Systems, CNR, Unit of Naples, where his main activities are focused on the study of the photonic properties of nanostructured biomaterials and on structured illumination techniques applied to the characterization of dielectric metamaterials.