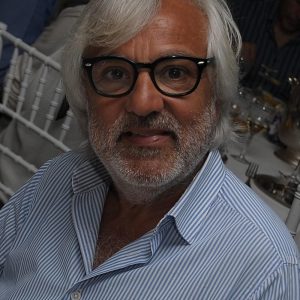 Ivo Rendina (Italy, 1960) is a research director of the Italian National Council of Research. He was director of the Institute for Electromagnetism and Electronic Components (2001), then head of the Naples Department of the Institute for Microelectronics and Microsystems (IMM) from 2002 to 2015, and coordinator of the IMM Photonics Application Area (2016-2019). Now he is director of the Institute of Applied Sciences and Intelligent Systems (ISASI). From 1995 to 1997 he taught Electronics at the “Mediterranea” University of Reggio Calabria (Italy). From 1997 to 2002 he taught Electronics and then Optoelectronics (since 2002) at the University of Calabria (Italy). Since 2017, he also teaches Optoelectronics at the Universidad de San Francisco de Quito in Ecuador. He obtained in the first call of 2012 the Italian national scientific qualifications as full professor in the sectors “02/B3 – Applied physics” and “09/E3 – Electronics”. In 1997, he was a visiting scientist at the University of California, Los Angeles. He is past-president of the Società Italiana di Ottica e Fotonica (SIOF), Italian branch of the European Optical Society (EOS), fellow and member of Board of Directors of EOS, CNR representative in the Union Radio Scientifique Internationale (URSI), chair of the “Advisory Council for Aeronautic Research in Europe (ACARE)”, chair and organizer of several international conferences, such as the series of EOS Topical Meetings on Optical MicroSystems (since 2005), the series of Optics+Optoelectronics SPIE Conferences (since 2013), the Fotonica Conferences in 2013 and 2014, the EOS Annual Meeting in 2008, the XII Sensors and Microsystems Conference in 2007. He has served as scientific and technical committee member of many international conferences organized by EOS, SPIE, OSA and IEEE in the field of optics and photonics, guest editor of international scientific journals, president of international PhD commissions, scientific evaluator for Italian Ministries and for the Czech Academy of Science. He holds 9 patents, has authored or co-authored more than 300 publications, and has given more than 20 invited and plenary talks in scientific conferences in the field of photonics, optical microsensors and microsystems.