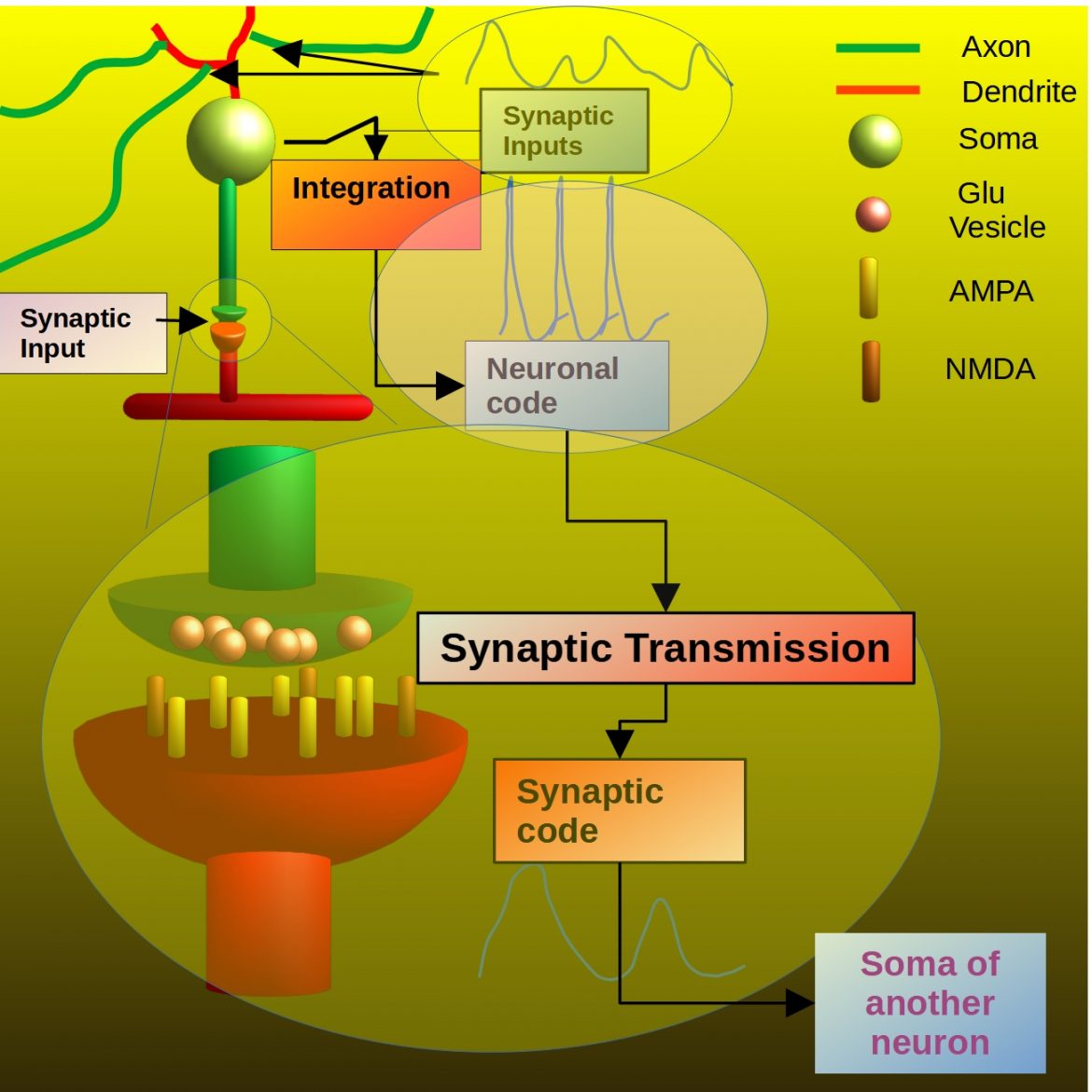 Description of the activity

The brain information processing depends on the neuronal activity which, in turn, depends on the integration of thousands of synaptic inputs. The main synaptic inputs in the brain are represented by Glutamatergic synapses which are produced by pyramidal neurons (the most abundant neuronal type) both on other pyramidal and different neuronal types (the most important of which are the inhibitory neurons). The information carried by a neuron is represented by a sequence of electrical stereotyped spike. Spikes are emitted when the information conveyed by other neurons by synapses causes the crossing of a threshold potential in the neuron. Clearly then the information carried by a single neuron as well as that elaborated by neural networks depend on the synaptic activity. The study of synaptic transmission is then mandatory for the correct understanding of the information processing in the brain. The present activity is intended to contribute to the unveiling of the synaptic mechanisms underlying the formation of the neuronal code (spike sequence). Each of the thousands of synapses inputting on a single neuron gives its contribution to the neuronal code formation. The present activity is intended to study the origins of variability of the glutamatergic synaptic response which influences the variability of the neuronal code. To this goal, appropriate synaptic and neuronal model are implemented. in self- produced software, to simulate the activity of the single synapse, its variab 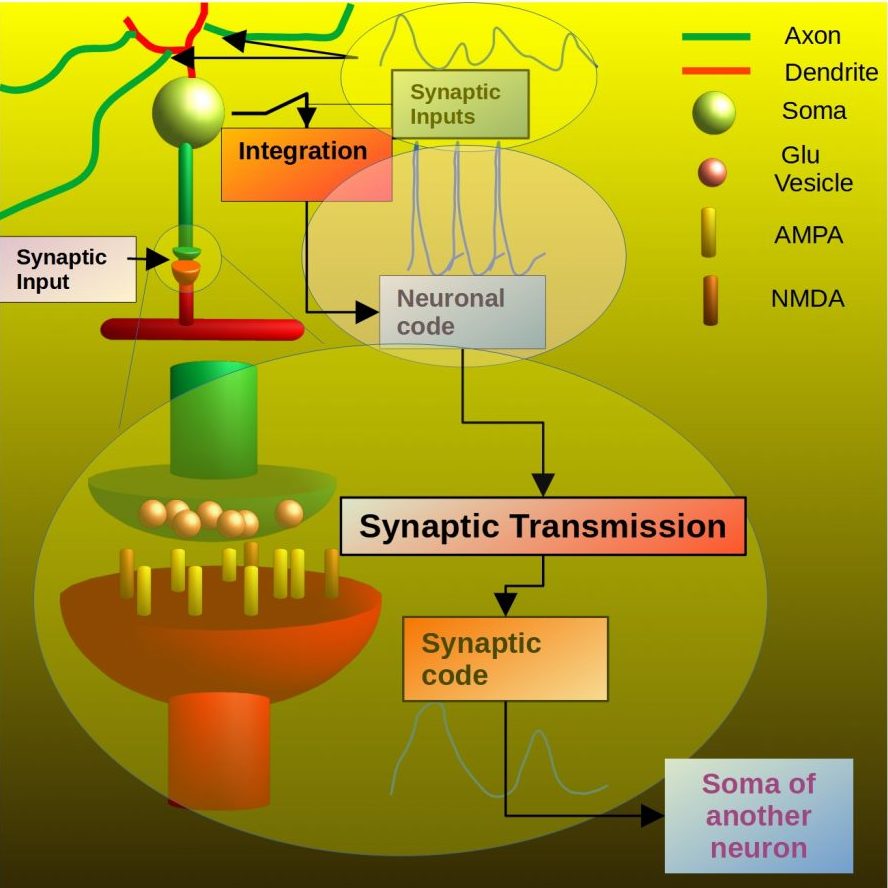