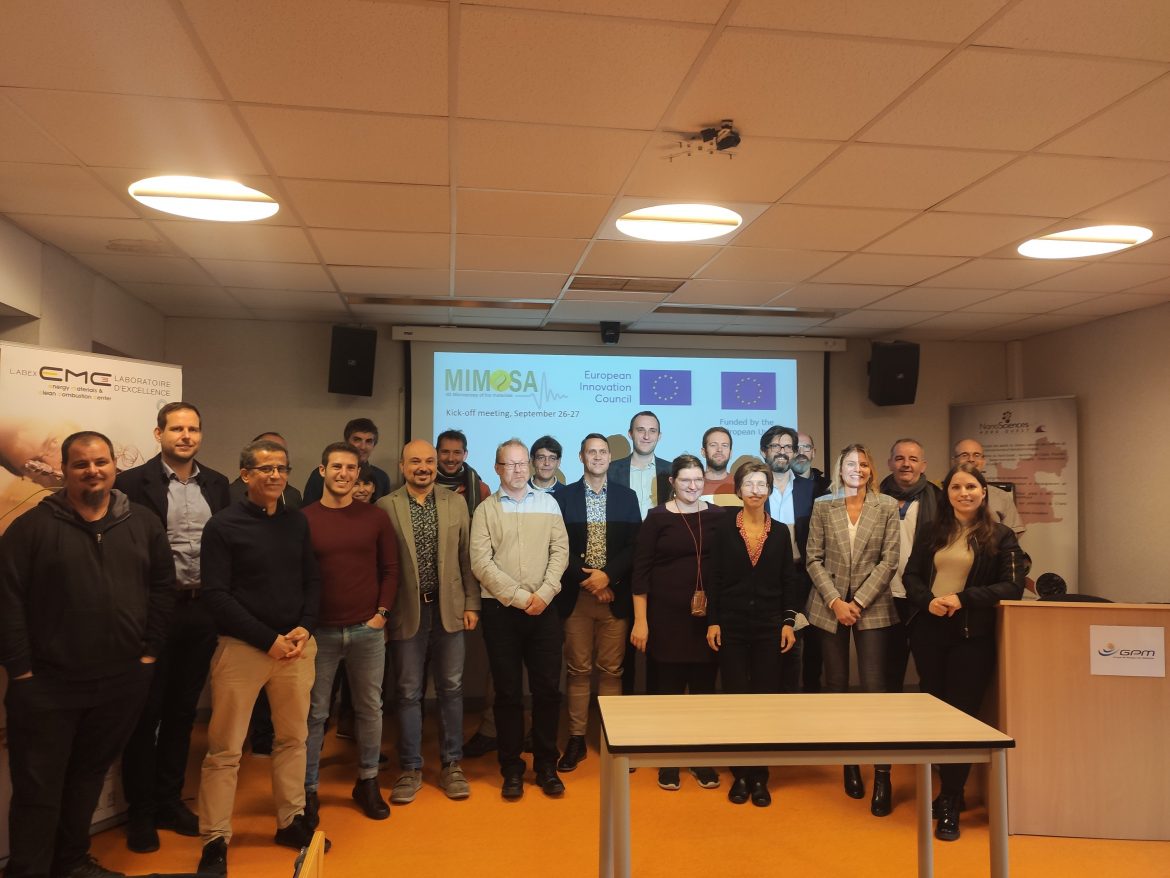 The ‘kick-off’ meeting of the European project EIC Pathfinder ‘MIMOSA’ was held in the French city of Rouen on 26th and 27th of September. The project has a duration of four years and a total funding of approximately 3 MEuro. The project aims to develop a new microscopy for biological materials based on the Atomic Probe Tomography technique (https://en.wikipedia.org/wiki/Atom_probe). This new microscopy has the characteristic of being 4D because it proposes to add to the nanometric 3D spatial resolution of standard techniques such as the Cryo-TEM technique also the ability to resolve the chemical composition of the biological samples under examination. The project is coordinated by the CNRS and the University of Rouen in France. It includes six other partners: the French National Institute of Health and Medical Research, the CNR ISASI Institute, the Swedish Chalmers Tekniska Hogskola, the Bruno Kessler Foundation in collaboration with the University of Trento, the German Active Fiber Systems and the Canadian Ecole de Superieure Technologies. As regards the ISASI Institute, the research group involved is the one directed by Dr. Domenico Paparo at the URT of the Physics Department of Naples ().